Stowing Away to a New Life 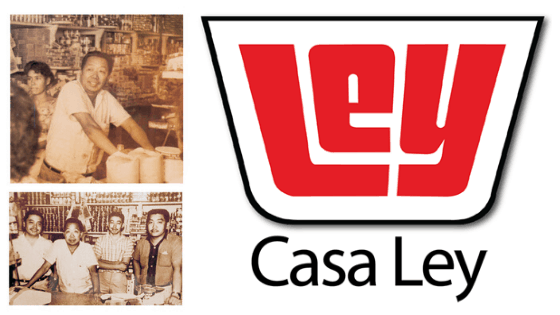 One night, after a fight with his father at the tender age of only ten, little Zhaokai Lee Fong felt compelled to leave his home in Guandong, China. That evening he found his way to the docks in Hong Kong and stowed away on a ship, not knowing where it was headed. He never could have imagined that he‘d just made the best decision of his life. The year was 1911.

The ship sailed the next morning and after he was discovered aboard, he found that he was on his way to Mazatlán. This was an odd coincidence because several years earlier, Fong’s father had ventured to Mazatlan to make a go of it but ended up returning to China when he was not successful. During this voyage, another Chinese immigrant, Sixto Pang, who had been living in Mexico for some years, took him under his wing and adopted Fong like another son. Upon arrival in Mazatlan, Pang introduced little Fong to others in his new community and he became acclimated to his new environment. He was a quick learner and soon spoke Spanish.

Over time, Fong took on “Juan” as his first name and changed Lee to the Mexican “Ley”. So, he was from then on known as Juan Ley Fong. He had a natural knack for business and was very active and sociable. Eventually, Juan Ley married a local girl and started a family that over time would come to include six boys and three girls.

Back story:
At the turn of the 20th century, many Chinese immigrants made their way from California to Mexico and, after becoming acclimatized to the culture, began their own businesses. Unfortunately, as a result of the long civil war in Mexico topped by the stock market crash, people suffered poor economic times, and during the 1920s and ’30s resentments built as the perception developed that the Chinese were taking away jobs from the locals. During these challenging times, some states required all businesses to employ 80% Mexican workers and other states were outlawing Mexican-Chinese marriages. Even street gangs got away with harassing the Chinese community. Worse yet, some Chinese-Mexicans were even deported back to China. Things didn’t really settle down till much later in the century and today last names like Chong, Lee, and Wang are not uncommon Mexican surnames.

It was during the turbulent times that Juan Ley found it difficult to make a living so he moved his family to Tayoltita, a small mining town in Durango. There, he became a supplier and traded with the gold and silver miners of the San Luis Mining Company. The Leys were the only Chinese family in town and therefore the children became fully acculturated into the Mexican community.

Juan Ley did well for a while and began to save money. However, in 1948, after a theft by a close friend, he lost his savings and once again had to start over. After traveling around Mexico looking for a new place to begin again, he finally moved everyone to Culiacan. It was there, with his meager savings, that in 1954 he opened his first store and named it Casa Ley. Hard work, with days starting at 4 am, was the routine for the whole family. As the children grew, they took part in the business, helping to stock, run the store and deliver goods around town. It was also around this time that Juan Ley developed another passion, when his oldest son, Juan Manuel, took up the sport of baseball.

In 1969, after many years of sacrifice and countless hours of work, Juan Ley passed away leaving his successful business to be run by his sons. Not long after, in 1970, his oldest son, Juan Manuel, opened Casa Ley’s first grocery store chain in Culiacan. Although the store has been remodeled several times since, it is still in its original location today.

During the 1970s, Juan Manuel, who became affectionately known as “El Chino”, developed a close friendship with Peter Magowan of the Safeway supermarket chain. And in 1981, Safeway purchased a 49% interest in Casa Ley. This spurred a time of great expansion for the company with supermarkets opening up all over Western Mexico.

Today there are more than 140 Casa Ley stores located across northwestern Mexico, making it the largest privately held supermarket chain in Mexico. And in 2015, Albertson’s acquired Safeway’s shares of the chain. Now there are even “mini” versions of the supermarkets called “Ley Express”.

The family also expanded its business to include agricultural developments. And today, through their subsidiary, Del Campo Supreme Inc., they grow some of their own produce, most importantly, tomatoes. Sinaloa has one of the most fertile lands in all of Mexico, and it is here that most of the agriculture takes place. Today they have one of the largest tomato-producing businesses in all of Mexico. Up to 80% of the tomatoes received in the cold northern climates of the USA and Canada originate from a Sinaloa farm.

This year marks the 65th Anniversary of Casa Ley and the Ley family, now headed by Juan Manuel Jr., have come to represent more than just a supermarket chain; they reflect the mark of the perseverance of a young Chinese boy that never gave up.